Racing’s Space Boogie tour is in celebration of their first single from their Sophomore album, due for release later in 2021.

A cosmic hypnotic groove propels Space Boogie into a dance-floor super nova of twisting guitars, crooning vocals, and even boasts a guest appearance from one of the country’s finest.

The tour promises to be a hum-dinger of a good night, every night. After a long period of writing and recording, the band are raring to go,and so too are their hoards of loyal fans, so get in quick before the tickets sell out.

Racing is made up of long-time collaborators Ed Knowles (vocals) and Sven Pettersen (guitar); two crucial parts to the colossus that was The Checks. Knowles and Pettersen are joined by two other heavy hitters from the Kiwi alternative scene – Daniel Barrett (bass) and Izaak Houston (drums).

Racing’s debut album Real Dancing spawned three number ones on the NZ Rock Chart and earned them a nomination for Best Rock Artist at the 2019 Vodafone New Zealand Music Awards.

*Tickets on sale from Galatos.co.nz

**Tickets on sale from Totara St 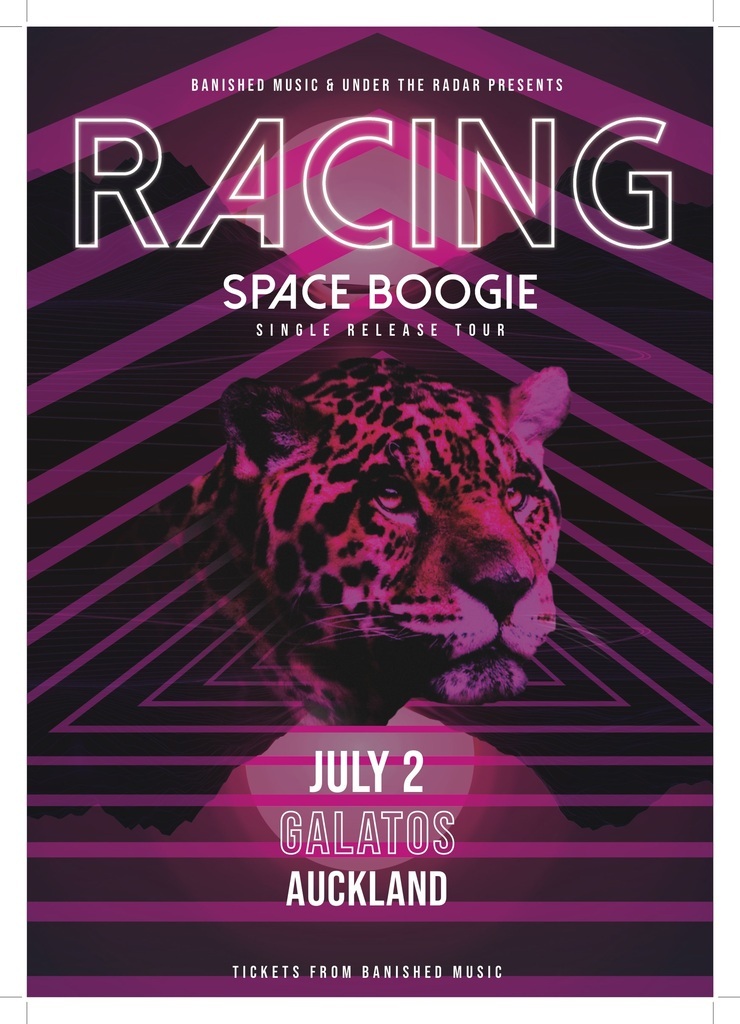