The Rock world was abuzz with the news that Pepper Keenan was headed back to his old stomping grounds and recording his first album with Southern Rock legends CORRISION OF CONFORMITY in 13 years. The result was an absolute stormer of an album ‘No Cross No Crown’ and their first for Nuclear Blast, the album cracked the Billboard Charts, The UK Charts and Australia’s own ARIA Charts heralding a triumphant return. Now thanks to Silverback Touring CORRISION OF CONFORMITY are headed our way again with Pepper up front! 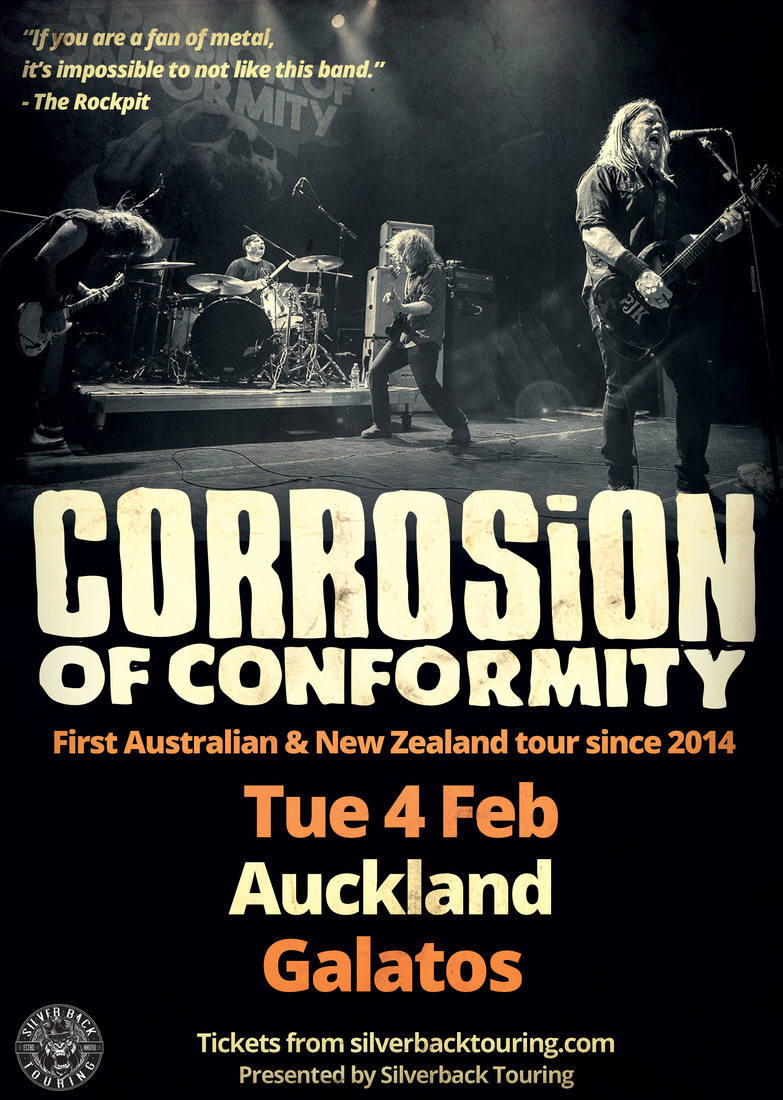 You're viewing: Corrosion of Conformity $65.00
Add to cart