Beachware, Goodspace and Short Rib take the stage in the Galatos Basement to bring you a lush evening of indie vibes and boppin’ grooves

BEACHWARE ​- comprising of Rob Hartnell, Alexandra Selkirk-Hanna, Phoenix Guava, Julia Morris and James McDonald – have been making waves on the Auckland scene since mid 2017. They started as a group of friends who wanted to be part of a relaxed, weekend DIY project, before finding a slice of alt-indie-pop, perfectly balancing fast and energetic guitar, with three-part vocals, double-time keys, with modern writing but retro synthesizers.

The ‘just-for-fun team’ has, however, grown to be so much more than that, earning a reputation as a tight, energetic live act, which has turned out a handful of cracking singles, including ‘Want Somebody’ and ‘Respite’, as well as their debut EP TWIN COAST DISC DRIVE and RNZ’s winning 2019 Christmas song ‘Take Away The Tree’.

GOODSPACE​ are a 3-piece making music from their goodspace to take you to yours. You might say their sound sits somewhere between and beyond artists like Damon Albarn (Gorillaz), Massive Attack, Radiohead, TV on the Radio and Tune-Yards.

So have a listen for yourself:​ ​ https://www.youtube.com/watch?v=_kaDPMRzVtc&t=2s

Reigning from Te Atatū South, Tāmaki Makaurau’s new kid on the block is ​SHORT RIB. Blending fruity guitar pop-stabs with left-of-centre indie melodies, his aim is to melt your face from the lush sweeping guitar melodies and unconventional pop riffs. Short Rib released his debut self titled EP in 2020 and has decided to take it to the streets, check him out – 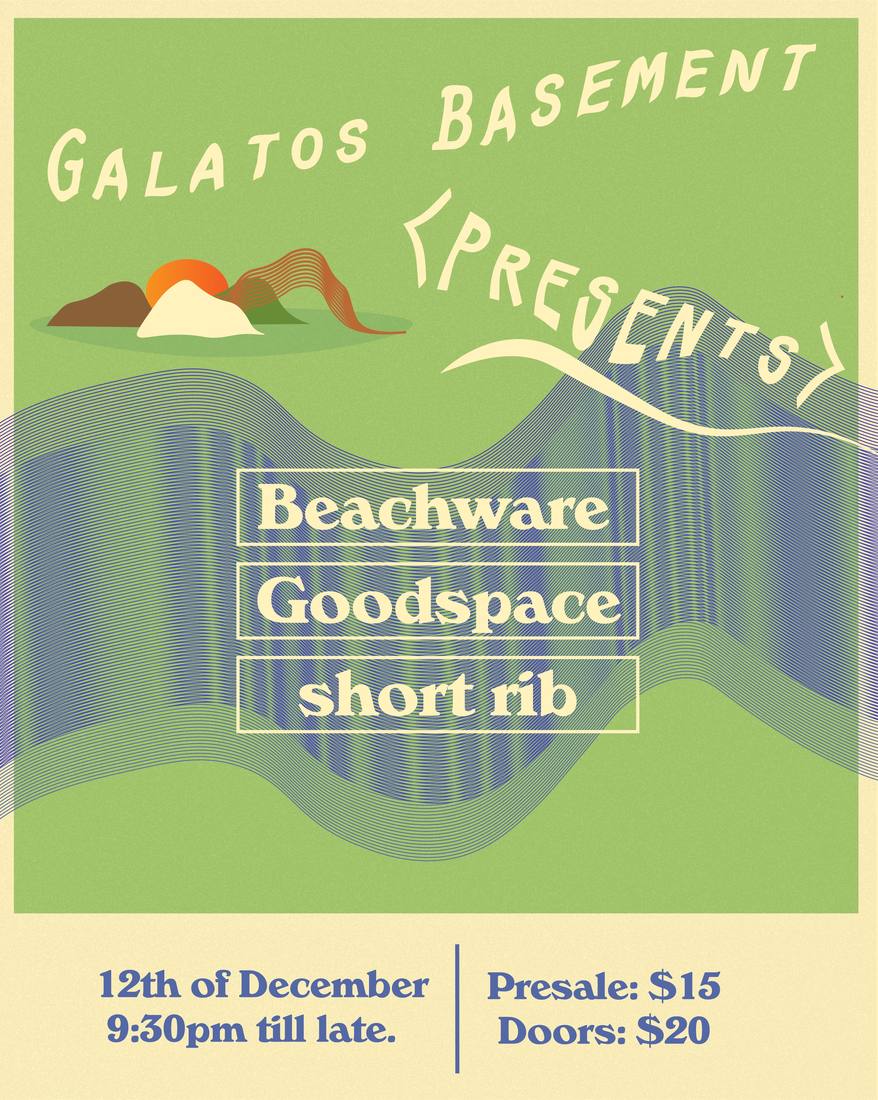